(Mechanicsburg, PA) Thursday, January 30, 2020 – The Pennsylvania School Boards Association (PSBA) announces today, highlights of the recently conducted 2020 State of Education survey. More than 70% of Pennsylvania's public school districts identified mandatory charter school tuition costs as one of their biggest sources of budget pressure. PSBA will release the full 2020 State of Education report in March 2020, and with the survey now closed, this marks the first time in the four years of the report's history that charter tuition payments, rather than pension costs, have been the most commonly identified budget pressure for Pennsylvania’s school districts. Districts are spending millions of dollars in mandated payments paid annually to charter schools, based on a skewed and unfair funding equation. The school districts are paying costs aligned to the district's expenses and not the actual costs of the charter school or the dollars being dedicated by the charter school to the education of each student. 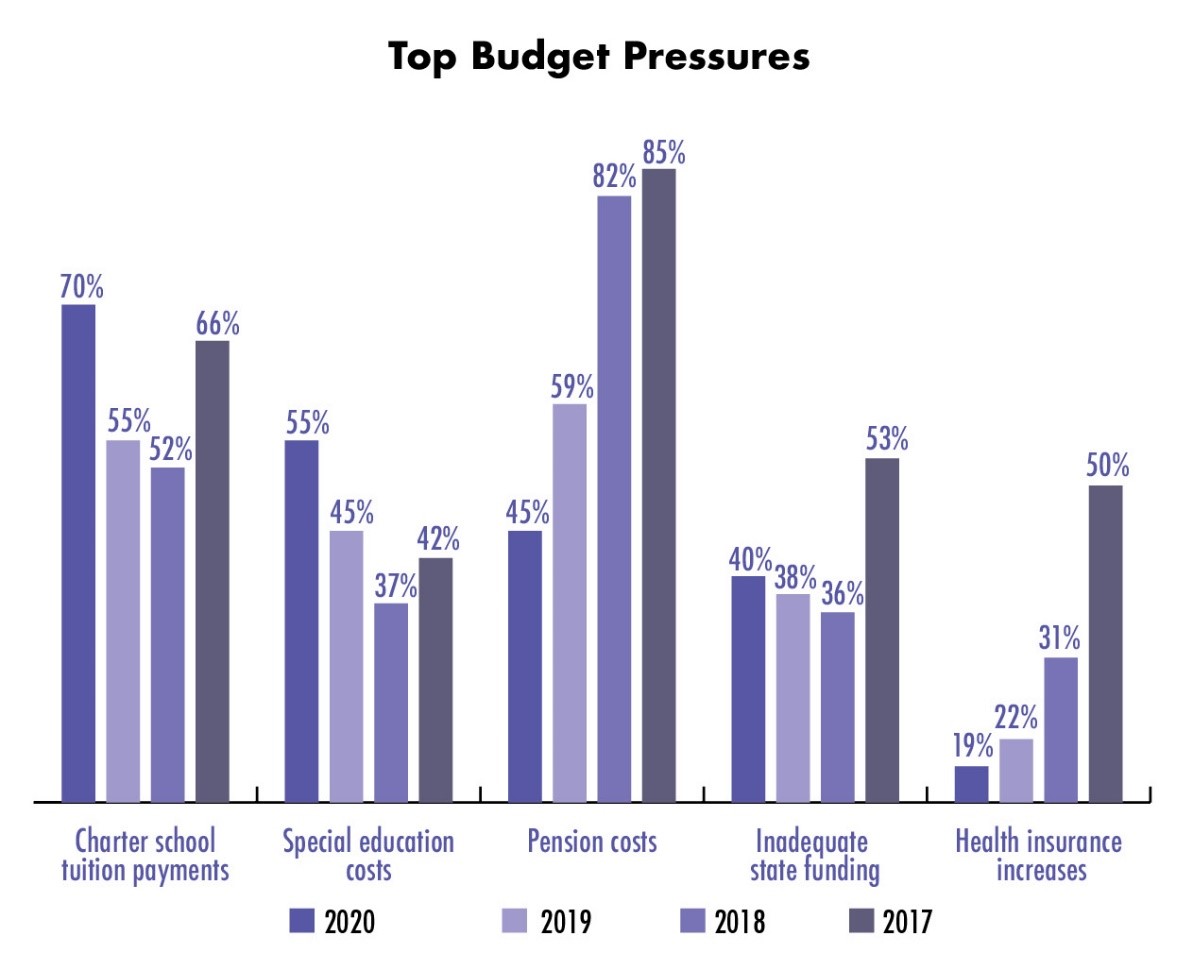 PSBA is calling for funding reform and is circulating a resolution to its membership, rallying the collective voice of school board directors from across the state, asking them to pass this resolution supporting the much-needed change to an outdated funding equation.

“Charter school costs and special education placement costs are unpredictable from year to year. It is very difficult to construct a budget with these costs being unknown.” – survey responder

“This is not a new budget challenge, but it's a significant and rising one and its imbalance is causing grave issues for the school districts. We need attention paid to this because it's impeding the districts' ability to dedicate funding to other areas. Our work will continue until the situation is righted.” – Nathan G. Mains, PSBA chief executive officer

Note: Survey results are based on responses from more than 320 school districts out of the 500.

PSBA is actively monitoring COVID-19 to provide timely guidance to our member districts.
For the most up to date news releases, checklists, and guides, please visit our Coronavirus Resource page.