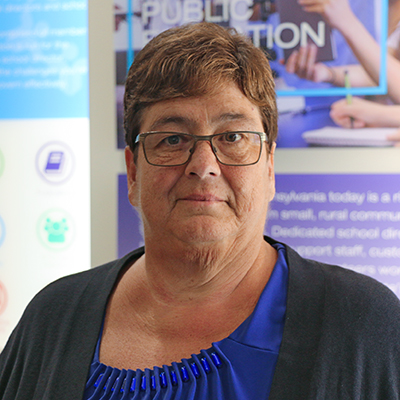 Julie Preston has been a member of the Northern Tioga School Board since 2008. She was vice president and in 2015 was elected president, a role she currently holds. She also sits on the Intermediate Unit 17 board and had served as the treasurer until last year when she became vice president. She has been a PSBA liaison for several years, a regional director, and a Section 3 leader until the end of her term this year. She has attended the PASA-PSBA School Leadership Conference every year since becoming a board member. Julie has three adult children and eight grandchildren, one of whom has Down syndrome. She and her husband are retired independent grocery store owners.