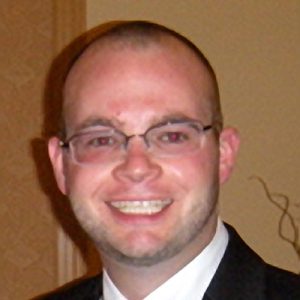 My name is Gary Michael Smedley, and I’m running for the Section 4 Advisor Position for the Northeast. I’m currently the President of the Carbondale Area School Board in Lackawanna County and former PSBA Region 7 Director.  I am no stranger to PSBA elections, as I appeared on the ballot in several previous elections.  I am a 2005 graduate of my district, and I received my Doctorate of Pharmacy degree from the University of the Sciences in Philadelphia. I am currently employed as a pharmacist for Figliomeni Drug Store, a local, independently owned pharmacy in Carbondale. I have served on my board since 2007, winning a seat while still attending college. I served as Vice President of the Board for 3 years, before becoming elected President in May 2011, a position I have held since. I am extremely active in my community; I have been a member of the Andrew Mitchell Hose Company #1 since 2004 and a member of the Lackawanna County Pharmacy Association since 2011. I currently serve as the President for the Lackawanna County Stadium Authority, home of the AAA affiliate of the New York Yankees. I’m also on the Board of Directors of Dream2Career, which strives to match students to the jobs and career paths that they will flourish in.

Section 4 is a wide and diverse area; the section spans nine counties and includes districts of all types: large, small, urban, suburban, and rural.  While there are a lot of differences between all of the districts, there are many common issues that plague all of our school boards.  As many of you have probably learned by now, our hands are tied in many of these matters thanks to policies and mandates enacted by our state legislature in Harrisburg.  Even if you are a newcomer to your local board, I’m sure that by now you have come to realize that we need reform in our education system and we need it now.  As your Sectional Advisor, I will work with the PSBA leadership team to help rally and unite all of the districts across the state to force their local representatives to go to Harrisburg and fix these longstanding issues that have loomed over the horizon of public education in our great Commonwealth for far too long.  We need the “Do Nothing Legislature” in Harrisburg to finally wake up and realize that public education funding in the state is at a breaking point.  We must force them to enact a fair funding solution for the students, teachers, and taxpayers that we represent; because a child’s educational opportunity shouldn’t be determined solely by the zip code in which they live.  That is why as your Sectional Advisor, I look forward to talking with all of you to hear your concerns and suggestions so that the leadership team at PSBA can craft legislation that will address these funding imbalances once and for all.  The time has come for change; and I look forward to leading the charge.